Elk Grove’s Only “Game Within a Game Escape Room” 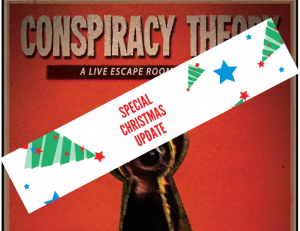 ***LIMITED TIME ONLY: CONSPIRACY THEORY IS NOW “NAUGHTY OR NICE”***

No matter the occasion, whether it’s a special event or just for fun, there’s nothing quite like the Conspiracy Theory Escape Room at Exit Strategy Games. We offer a thrilling experience for anyone in the Sacramento area. If you’re looking to spice up your day and add some intense fun, book one of our memorable escape rooms.

Conspiracy Theory is the only escape room that features a “game within a game.” If you’re an escape room aficionado, you’ll love the added level of mystery, figuring out who among you is friend or foe. Who are you? Who can you trust? You not only need to answer these questions, but if you don’t escape before the time is up, the whole room goes kablooey.

You wake up inside a strange apartment. Who are you? Who are these strangers you’re with? You’re wearing a CIA badge, and so are the other people just waking up. You remember it’s the 1970’s, but that’s all you know.

A video of a crazy-looking man comes on. He tells you that he is a local conspiracy theorist and apologizes for the gas he used on you, but he had to get away. He informs you that the gas will cause memory loss for about an hour. He also tells you that you are all members of the CIA. You’ve come to investigate him because it turns out his crazy conspiracy theories are turning out to be true. Next, he informs you that there are secret Soviet spies among you working as double agents in the CIA. 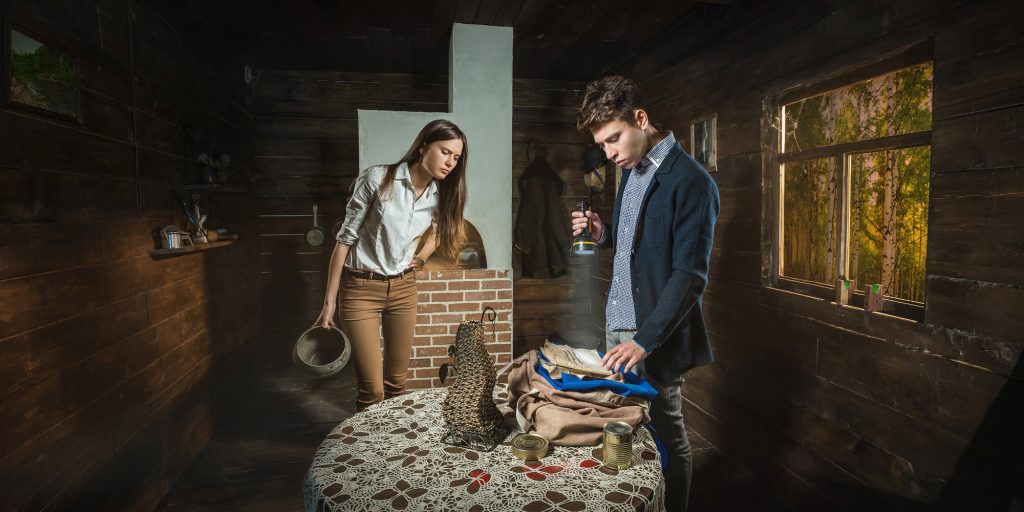 What to Expect in the Conspiracy Theory Escape Room

We don’t want to give too much away, but you can expect lots of puzzles, clues, confusion, eureka moments and intense fun during this “game within a game” experience. This room is designed to be intriguing, not scary. However, the complexity of the game may be too difficult for children 13 and under.

The Only Private Escape Room in the Sacramento Area

If you’ve done an escape room before, you may have had to play with strangers. Although these experiences are a good way to meet people, we believe you should experience our escape rooms with your nearest and dearest. That’s why all of our escapes are held in private rooms.

In this world of espionage and lies, even your best friend could turn out to be a Soviet spy. Work together while figuring out who you can really trust in the Sacramento area’s most unique escape room experience. 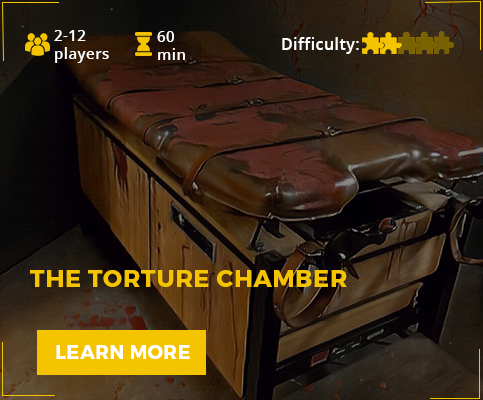